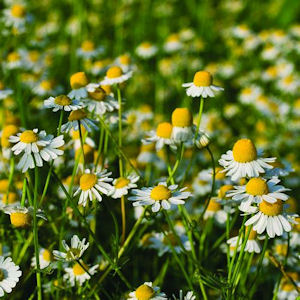 Chamomile has been around since the beginning of mankind. Chamomile is a member of the Asteraceae family. It is available in two varieties, German Chamomile, and Roman Chamomile.

Chamomile contains many medicinal properties, including terpenoids and flavonoids.

Many of the oils in Chamomile are used in cosmetics. Chamomile tea is consumed by the world population every day. 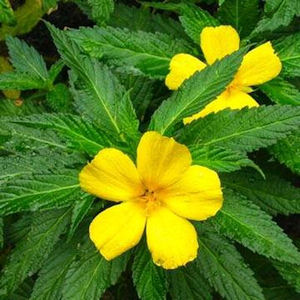 Damiana is a shrub which grows in the wild in The West Indies, Mexico, and Central America. Scientists are concerned with the leaf and stem parts to make medicine.

Damiana is used nowadays to treat sexual problems and is used as an Aprhrodisiac. Damiana is a popular herb and can be found in many herbal supplements and tinctures.

Many of the oils in Chamomile are used in cosmetics. Chamomile tea is consumed by the world population every day. 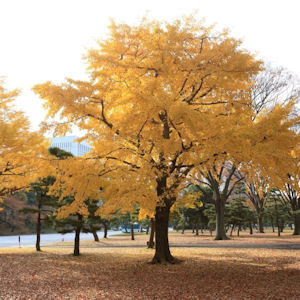 Ginko, also called Ginko Biloba, is a tree native to China. It grows in environments which are well drained and can reach a height of 160 ft, and some specimens are more than 2,500 years old. It is the only living species of the division ginkophyta, with all others being extinct.

It has various medicinal uses and has been given to members of the royal court for ailments such as selinity (calmness), asthma, bronchitis, and kidney disorders. Ginko is manufactured into many different forms, including: capsules, tablets, extracts, tea, and is used in cosmetics.

Other ailments Ginko can be used for are: tinnitus, dementia, eye problems, and intermittent claudication (leg pain caused by narrowing of arteries in the leg). 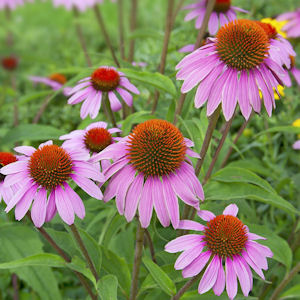 The Great Plains Indians used Echinacea as a traditional medicine. Echinacea is used to fight the common cold. The roots and the above ground parts are used to create tea, tablets, capsules, extracts, and to make herbal supplements. Echinacea has been used to make skin medicine to treat wounds and skin problems.

Echinacea grows mostly in Eastern and North America and can be found in moist to dry prairies. Echinacea is from the daisy family. Echinacea produces few side effects in most people.

No drug interactions exist between herbs and Echinacea. 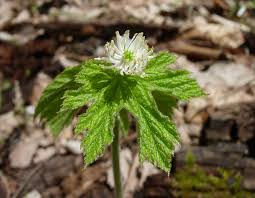 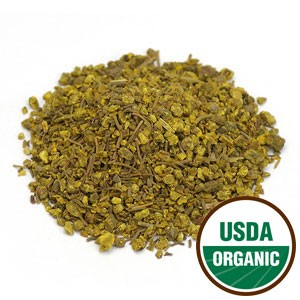 Goldenseal Root is used traditionally to treat upper respiratory infections. Goldenseal has been proven ineffective for it's most famous use, masking illegal drugs in urine.

It is recommended to discuss use with your health care practitioner for any interactions.

Goldenseal is often called orangeroot, or yellow puccoon. It is a plant in the buttercup family Ranuncalaceae with origins of Canada, and the United States.

It is easily identified by it's yellow knotted rootstock. 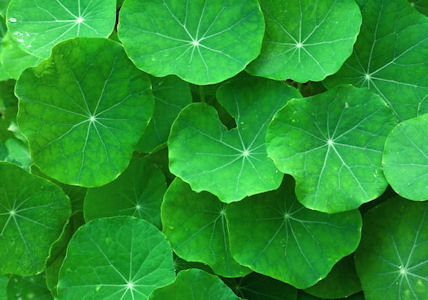 Do not confuse Gotu Kola, with Kola Nut. Gotu Kola does not contain caffeine, which Kola Nut does.

intelligence and memory. It strengthens the adrenal glands while cleansing the blood to treat skin impurities. It is said to combat stress and depression, energize flagging mental powers, increase libido, ward off a nervous breakdown and improve reflexes. It energizes the central nervous system and rebuilds energy reserves. Botanical Name: Cantella Asiatica

Daily consumption of green tea has been associated with a lower risk of death from cardiovascular disease. Green tea has been the focus of exciting new studies indicating its effectiveness in raising metabolism for weight loss and preventing and fighting cancer as well as other disease with its super antioxidants. It has a long list of potential health benefits and is used to regulate blood sugar and blood pressure, boost the immune system, prevent ulcers, control inflammation, viral colds and flu, prevents gum disease, cavities, and bad breath. It also been indicated for lowering cholesterol, preventing heart disease, osteoporosis and blood clots. Botanical Name: Camellia Sinensis 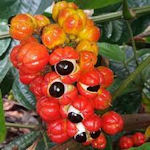 Guarana is a climbing plant in the maple family, Sapindaceae, native to the Amazon basin and especially common in Brazil. As a dietary supplement, guarana is an effective stimulant:[1] its seeds contain about twice the concentration of caffeine found in coffee seeds (about 2ďż˝4.5% caffeine in guarana seeds compared to 1ďż˝2% for coffee seeds).

Guarana is used in sweetened or carbonated soft drinks and energy shots, an ingredient of herbal teas or contained in dietary supplement capsules. Generally, South America obtains most of its caffeine from guarana. Botanical Name: Paullinia Cupana 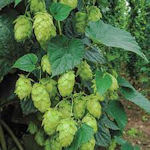 Hops are the flowers (also called seed cones or strobiles) of the hop plant Humulus lupulus. They are used primarily as a flavoring and stability agent in beer, to which they impart bitter, zesty, or citric flavours; though they are also used for various purposes in other beverages and herbal medicine. Hops is used for anxiety, inability to sleep (insomnia) and other sleep disorders, restlessness, tension, excitability, attention deficit-hyperactivity disorder (ADHD), nervousness, and irritability. It is also used to improve appetite, increase urine flow, start the flow of breast milk, as a bitter tonic, and for indigestion.

Other uses include prostate cancer, breast cancer, ovarian cancer, high cholesterol, tuberculosis, bladder infections, intestinal cramps, an intestinal disorder called mucous colitis, nerve pain, and prolonged painful erection of the penis (priapism). Hops is sometimes applied to the skin for leg ulcers and as an antibacterial agent. In foods and beverages, the extracts and oil are used as flavor components. Hops are also used in brewing beer. In manufacturing, the extract is used in skin creams and lotions. Hops may make depression worse. Avoid use. Botanical Name: Humulus Lupulus 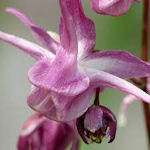 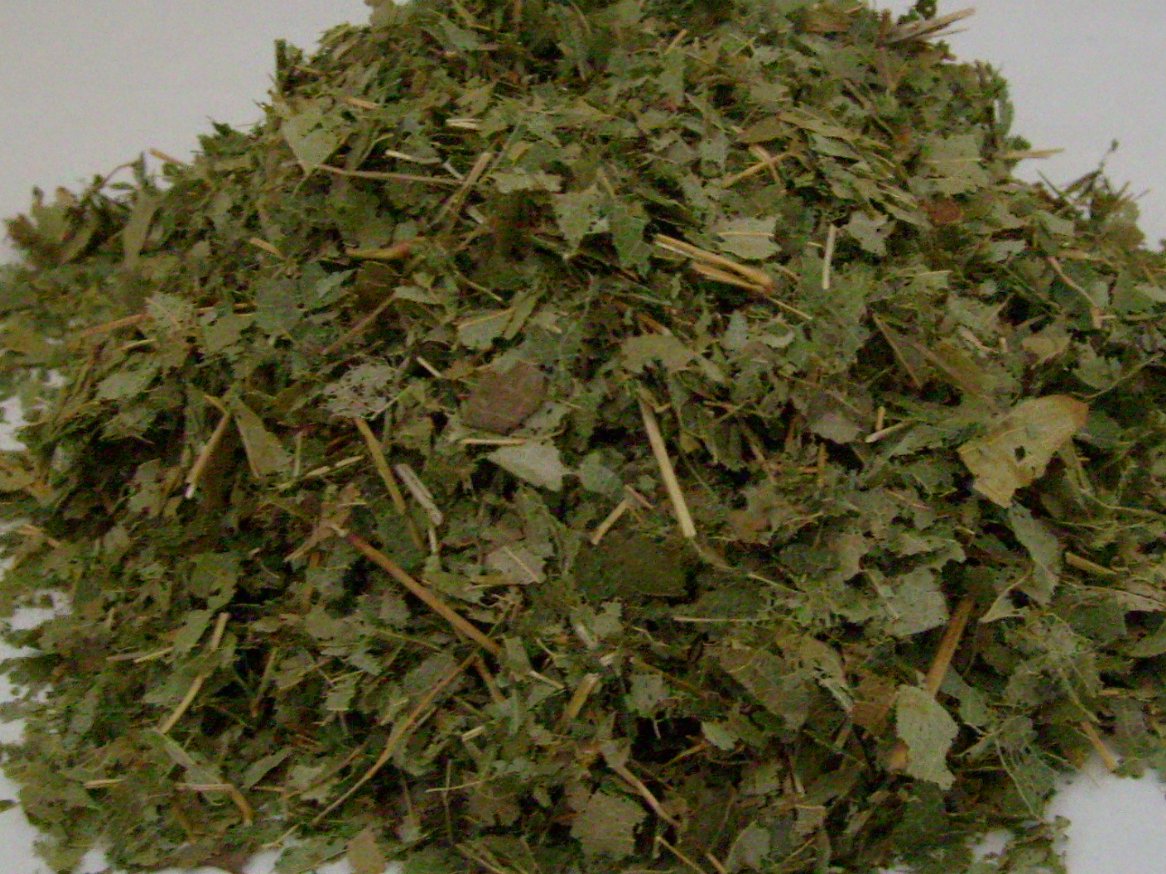 Kava is a beverage or extract that is made from Piper methysticum, a plant native to the western Pacific islands. The name "kava" comes from the Polynesian word "awa," which means bitter.

Kava is applied to the skin for skin diseases including leprosy, to promote wound healing, and as a painkiller. It is also used as a mouthwash for canker sores and toothaches. Kava is also consumed as a beverage in ceremonies to promote relaxation. Kava or kava-kava (Piper methysticum: Latin "pepper" + Latinized Greek "intoxicating") is a crop of the western Pacific. The name kava(-kava) is from Tongan and Marquesan; The roots of the plant are used to produce a drink with sedative, anesthetic, euphoriant, and entheogenic properties. Kava is consumed throughout the Pacific Ocean cultures of Polynesia, including Hawaii, Vanuatu, Melanesia and some parts of Micronesia for its sedating effects. Botanical Name: Piper Methysticum 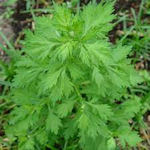 Mugwort contains volatile oil, flavonoids, a sesquiterpene lactone, coumarin derivatives and triterpenes. Mugwort is most commonly used to treat disorders of the digestive tract and aid in all digestive functions and is said to have properties that are anti-fungal, antibacterial, expectorative and antiasthmatic.

Itďż˝s considered a good herb for gastric disorder, stomach pain and bowel complaints. Itďż˝s used for poor appetite, indigestion, travel sickness and stomach acidity. Mugwort is thought to be effective in treating a wide range of parasitic infections, such as tapeworm, roundworm and thread-worm. It is also considered effective against parasites like ring worms that infect the skin. Botanical Name: Artemisia vulgaris